Get fresh music recommendations delivered to your inbox every Friday.
We've updated our Terms of Use. You can review the changes here.

This World (Is Going Up In Flames) 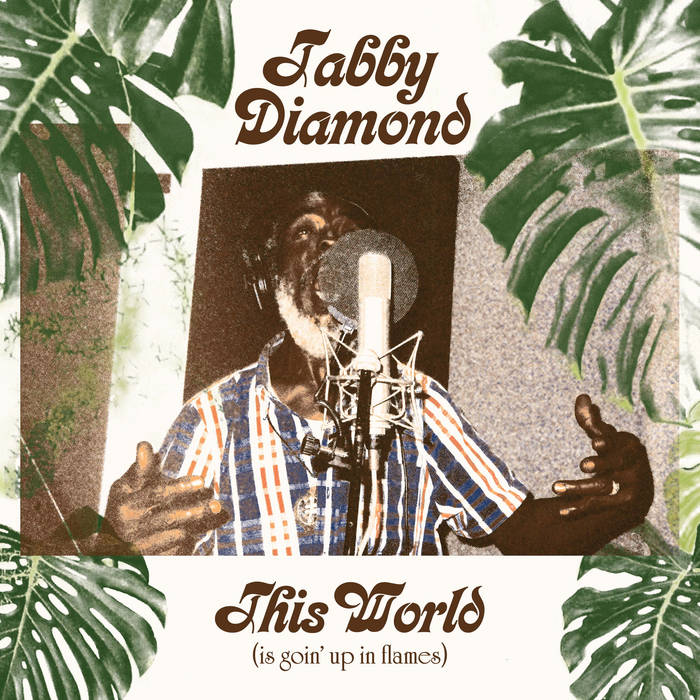 Gaslight Gatekeep Girlboss Easily the best take on Charles Bradley's original that isn't the man himself. Favorite track: This World (Is Going Up In Flames).

Nifty O.G. This is a classic reggae 45 - a soulful vocal from Tabby and analog backing that perfectly matches the vocal. Sets a high standard for the rest of the sessions to follow! This is a brilliant first release for this London label - buy on sight!

One of Jamaica's most treasured voices, Donald "Tabby" Shaw, of The Mighty Diamonds, takes on the modern soul classic.

Tabby Diamond has voiced a reimagining of the modern soul classic 'The World (Is Going Up In Flames)' due for release on 7” vinyl, Monday 8th June. The single marks one of only a handful of times that Tabby has recorded without the other two 'Diamonds, in an iconic career that spans over 50 years.

Originally recorded by Charles Bradley for Daptones Records in 2011, The World (Is Going Up In Flames) quickly established both artist and label as serious musical forces.

"From the moment I hear that track, I connect with it and understand that pain. The lyrics are so simple but so relevant, now more than ever” says Tabby Diamond, “Look at the world right now and tell me anyone who would own up to the mess we’re in. More love and more honesty is what we need”.

Recorded between London, Jamaica and Los Angeles; ‘This World (is Going Up In Flames) is the single is the first from a project called ‘Time Of Confusion’, which also features legendary vocalists such as Big Youth, Fred Locks, Cornell Campbell, and Linval Thompson.

The video was shot in Waterhouse, a downtown neighbourhood of Kingston and Tabby' s home since birth. It features four generations of his family and celebrates the power of love in the community. Directed by Milagros De La Torre on the last night of recording the album in Jamaica, it's a portrait of the simple pleasures found in everyday life, in spite of trying times.

"I wanted to pay homage to that emotion he (Charles Bradley) stirs, with my own interpretation. It's in tribute to him as well as the next generation, the ones who must prevail"

Bandcamp Daily  your guide to the world of Bandcamp

Sampa The Great joins the show to discuss her release, "As Above, So Below".